It’s been a horrific week, both in politics and in work, but at least I’m home.

On the politics front, it goes without saying that this administration has been absolutely insane, hypocritical, dysfunctional, and ruthless in its actions regardless of (or perhaps in spite of) facts, reason, and the law.
I’ve been donating $300 a month to the ACLU, and will likely raise it next month, as well as making sporadic donations to the EFF and maintaining an NYT subscription. If you have the financial means to help, I encourage you to make some donations as well, particularly to the ACLU, which has already played a role in part of the immigration ban being stayed.
Also consider some more locally-impacting charities that will directly help your area. Here again is my list of charities (as well as suggestions by friends).

Seen on Facebook (via Greg): John McCain, Dick Cheney, Michael Moore, and the Pope are all on the same side right now.
I guess that’s how you know your administration is batshit insane. :\

On the work front, we’ve had a rather disastrous release filled with e-releases and customer cases… and the release isn’t even half deployed yet. I feel really bad for my manager, who has to deal with all this as well as pressure from upper management… and particularly bad because a lot of the issues that came up came up in features I built and designed. To be fair, the features themselves are working exactly as expected, and we put in existing toggles for customers that have problems. But due to either oversights or underestimates on the sheer magnitude of impacted customers, we’re having to pull out or tweak the features anyway.
Le sigh.

Things are depressing so here are some photos. 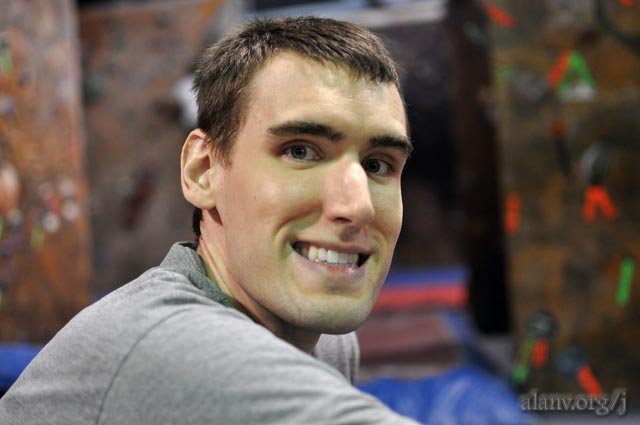 The new Apple store in Chandler is really pretty. (Also the outside of the store has no indication in any way that it’s an Apple store, but I guess it’s pretty obvious from the interior.)

I guess they have to clean escalators somehow…

Ikea is doing that “kids draw things and we make them into stuffed animals” thing again.

I also brought back a lot of TCGs (including my entire collection of Pokemon cards and X-Files cards, and my remaining WoW cards) and have been sorting them and generally assembling decks. I now have assembled WoW “booster” packs to do a booster draft (limited card selection to 4 different classes so drafting won’t be insane) and assembled two X-Files TCG decks, and will be making Pokemon and Case Closed decks as the next thing. Yay for TCGs?

Edit: Woke up feeling unhappy this morning, and I wanted to use up my company match for their FY, so gave another $1500 to the ACLU. Take that, Trump.

If this election has you as freaked out as it has me, there are a lot of good causes you can donate to to make sure these upcoming 4 years aren’t terrible for those less fortunate or more vulnerable than you, and to continue to advance progressive causes. Because, when the government won’t, private organizations will have to, but they can’t without us.

Here’s a list of my top priorities, in roughly priority order

Many of these are also tax-deductable, and your company may match your donation, which would be an excellent way to increase the impact of your contribution.

Also, putting my money where my mouth is, I made a $300 donation to the ACLU Foundation today, matched by Salesforce (and will continue to do so, to various organizations in that list, going forward). I encourage you to do the same, in whatever amount you can manage, toward whatever causes you feel are important to you.

Does anyone have any other recommendations for charities that would be good to support at this time?

So a thing happened. I’m surprised, but honestly, not that surprised. I am, however, more than a little terrified of what will happen over the next 4 years.

But I think the important thing to remember is that not everyone that voted for Trump voted out of some malice, or sense of hatred for LGBT people, women, immigrants, or minorities. This is counterproductive, and just turns people against each other. What we need right now is understanding.

I would venture to say that the majority of people voting for him are simply people that are struggling to get by; that haven’t seen improvement or upward direction in their lives and careers, or seen the opposite as their jobs and way of life disappear; that feel like politics have abandoned them. They saw Trump as a way out, or at least figured he was at least some chance at change compared to Clinton.
Try to understand that. Try to empathize with that. I think a lot of us that are shaking our heads right now are fortunate in that we’ve done relatively well in life. Try to understand the lives and views of people that aren’t in that position and why that need for change could trump things that we find important.

And that goes the other way too. If you voted for Trump, try to empathize with the rest of us that right now are feeling abandoned and afraid. If you’re white, male, and/or straight, try to understand the things that people unlike you face and go through in life. Try to understand the fear, and work with us to make sure that people are not bullied, threatened, or killed because of their gender, race, or orientation.

I think the big thing right now is to hope. Hope that Trump surrounds himself with people that have actual policy experience, and listens to them for once. Hope that he, inexplicably, manages to “Make America Great Again”, in some sense, for everyone. Hope that we don’t regress too far backward in longer-term goals like controlling climate change and handling the Middle East. Hope that Trump manages to become more of the man we saw in his victory speech last night now that he no longer has to campaign, and does what he can to unify the country.

Edit: Some articles, presented without commentary:
http://www.nytimes.com/interactive/projects/cp/opinion/election-night-2016/it-is-possible-for-trump-to-bea-good-president (You may need to manually scroll down to the “It Is Possible for Trump To Be a Good President” section, because that page seems to be bad at directly linking one article.)
http://www.nytimes.com/2016/11/09/opinion/absorbing-the-impossible.html

Edit edit: This is excellent too: http://waitbutwhy.com/2016/11/its-going-to-be-okay.html

Apparently I’m a glutton for punishment, but this primary season has been so utterly bizarre that I feel some responsibility to opine on it, even if just for my own future reference.

Here’s some thoughts, in no particular order, in bullet point form. Since I’m sure you already know my thoughts about the candidates themselves, these are some more general thoughts about things that have been bothering me this primary season.

I keep saying that, if I had been born a few decades earlier, I would probably be a Republican. When Republicans govern responsibly (and if you ignore the crap about trickle down economics), they can actually be a reasonable party pushing for personal responsibility, smaller government, and states’ rights. I’m really rather disappointed that the party has been so utterly horrific the entire time I’ve been able to vote.

I haven’t taken any of those “which candidate do you agree with” tests this year since I think it’s important enough to vote Democratic (especially in what’s looking like a particularly important swing state), but I feel like I’ve always agreed more with either the Libertarian or Green parties than the Democrats or Republicans.
It would be nice to live in a country where you could always vote your first preference and see them have a real shot at winning… but being realistic here, there’s really only two candidates for president, and while your vote is your vote, I would really like everyone to seriously consider what would happen if Trump (as opposed to Hillary) won, and how a third-party vote would contribute to such.

Also here’s some links of things I found good to read. I may edit this list and add more links to it later.

Yay for wall of text. :X

There was an election on Tuesday. It was my first time using a no-paper-trail electronic voting machine, and that made me more nervous that it should have. I then spent the entire day worrying about the results. In the end, it turns out my worry was for nothing, but it was still not a great experience.

To be clear: I am not a Democrat, and don’t (and didn’t) vote along party lines. That said, I think Romney is a terrible candidate (since his campaign decided they would just ignore facts and say whatever they wanted), the Republicans as a whole are an unreasonable party taken over by the far right (like in the general party denial of science, desire to increase military spending while cutting everything else, and goals of cutting taxes for the ultra-rich). It wouldn’t have been the end of the world had Romney won, but I think we would have been set back many years and would come out the other end worse off for it.

I don’t know. I think this article does a reasonable job of summarizing my views on Republicans. I often feel like, had I been born 20 years earlier, I would be a Republican. As it stands now, it seems I identify more with the Green party (90% agreement with Jill Stein) and Libertarian party (80-ish% agreement with Gary Johnson).

I think the lack of an ability to contact friends is getting to me enough that I’m going to reactivate Facebook (probably tomorrow). That said, I still plan to keep it blocked like it is now to prevent it from doing horrible tracking across the web on me, and I don’t plan to actually use it since I still disagree with the short blurb style of modern social media. I just think it would be useful to make sure I always have a means of contacting friends. Stupid Facebook.

Progress continues (slowly) on RPG Get. I have a text-only test deck created, so I should soon be able to see if the mechanics work at all. If so, I can tweak and refine them. I’ve also been feeling the Photoshop itch lately, so I might start designing card templates. We shall see.

I went through today and cleaned up my legacy online presence, which mostly means I went through and deleted old pages from Angelfire. I remembered I had http://www.angelfire.com/dc/alan, but it surprised me when the password reset indicated my email address was also associated with http://www.angelfire.com/pro/gildershadow. It’s kind of interesting to look at the old version of the Shadow and Gilder Shrine. It kind of makes me miss video games. At some point, I should bring my Gamecube (or Dreamcast) back and play more Skies of Arcadia.

Speaking of Angelfire, it’s become rather terrible, but I guess that’s the norm for free hosting sites these days. Its interface is super cartoony, its password reset functionality doesn’t even really work (it errored out on me every time, but apparently the password had been properly reset?), its control panel is super sketchy (throwing errors pretty regularly for things like deleting files), and you can’t change any account information (more errors). It makes me glad I have my own domain now.

I’m bored, so have some quick and horrible Photoshops.