My dad passed away yesterday (Wednesday… just about 13 hours ago).

It was somewhat expected, just not now, and not so quickly. From the time he was admitted to the ER on Saturday, it took less than two days before the doctors said there was nothing more they could do, and then less than two days from that until the end.

I guess the biggest lessons there are that it can take drastically less time than you think and that, for all their talents, doctors are not great at predicting death. Even Tuesday night, when we were deciding on next steps, we were being told 1-3 weeks. Wednesday morning we were told maybe days. It ended up being hours.

I’m okay. We’re okay. I was here, and had a chance to say goodbye and spend some time with him while he still recognized us and was able to (attempt to) communicate. And the sudden precipitous decline is a blessing in that it means he didn’t suffer in the end, which I am incredibly thankful for.

Also thank you to everyone that has been so understanding and supportive through this. All of you are amazing.

It’s been a pretty uneventful month full of work and things.

Max and Austin both had birthdays earlier in the month. Max had his head shaved at his.

For Austin’s, we set a monthly record for an escape room (not so great given it was the start of the month) and we had teppanyaki.

There was also recently a Halloween Party at Brian’s! 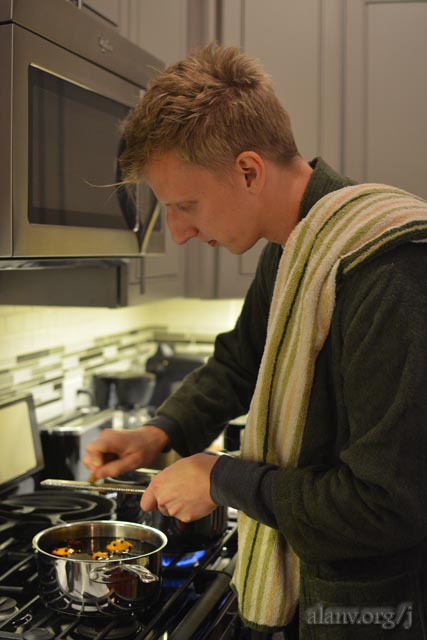 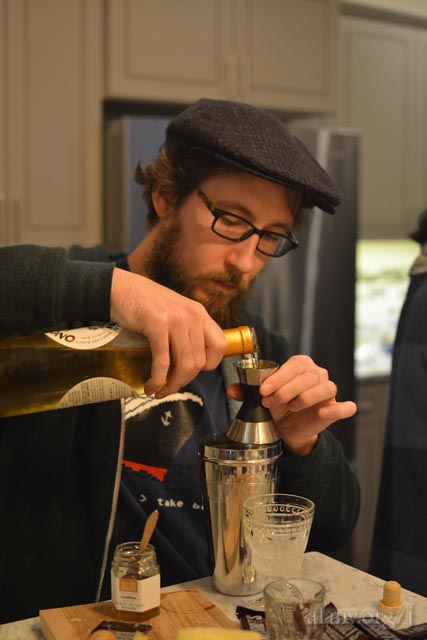 And Pumpkin carving at John and Cucho’s! 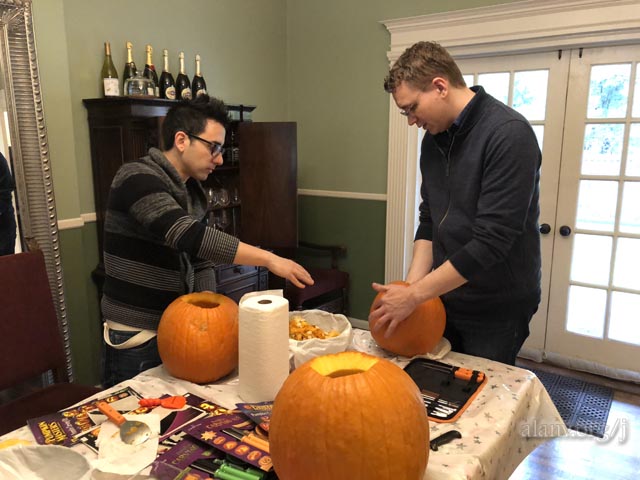 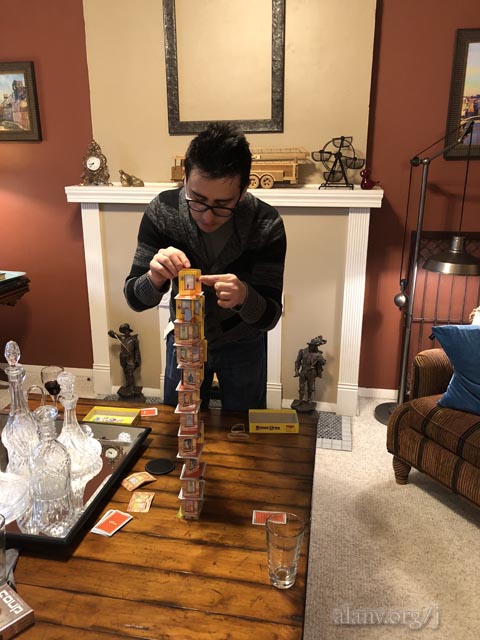 And a Sharon in town to help hand out Halloween candy!

…okay, I guess it’s been a more eventful month than I thought.

It’s weird that July is almost over. I should probably post an update or something.

Ryan and Jenny got married! It was a nice ceremony and reception. 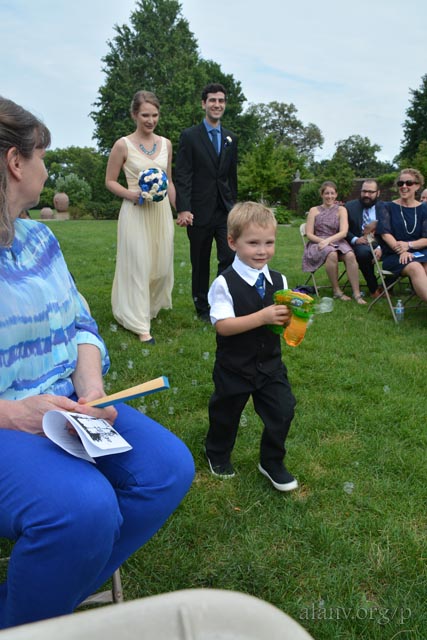 More photos are at photos.

Greg also had a birthday! Festivities were unfortunately abbreviated because the kayaking place was closed due to weather, but it was a nice time anyway. 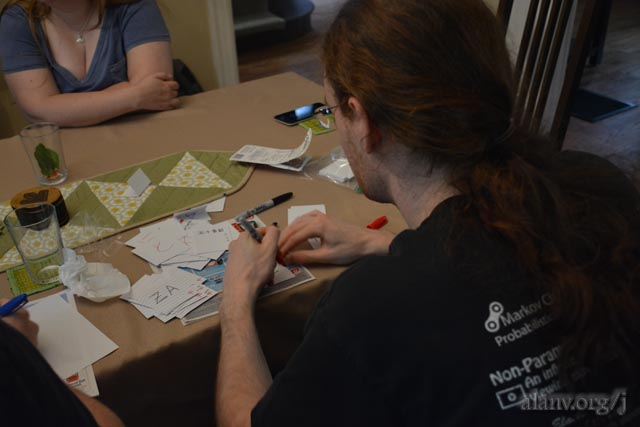 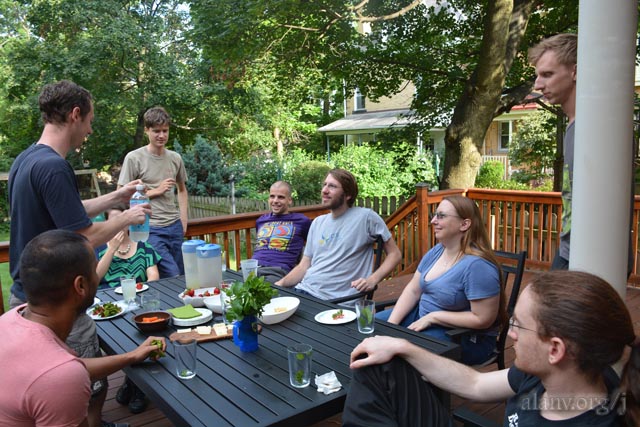 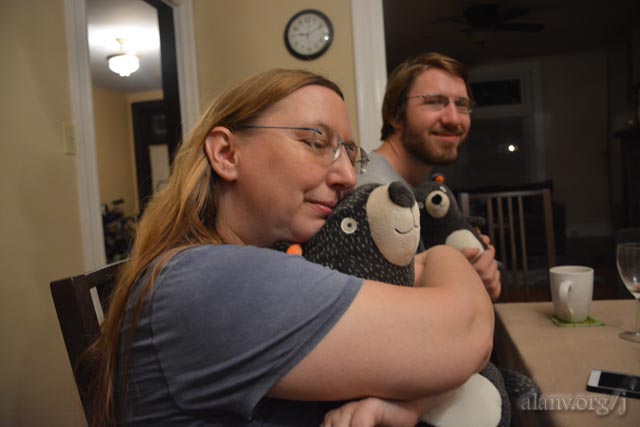 Life has otherwise been full of board gaming and work, so yay for uneventfulness?

We’re in the middle of a crazy June, and life goes well but super busy. Here’s photos from things.

Two weekends ago was Chris and Rob’s wedding. Friday they had a really nice welcome picnic in Schenley Park, and Saturday was their wedding at the Union Project. 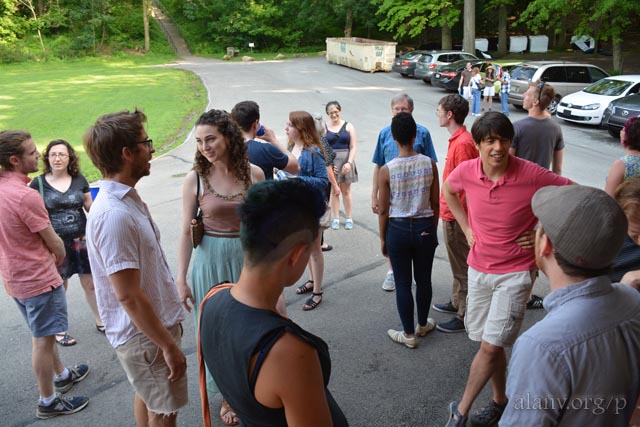 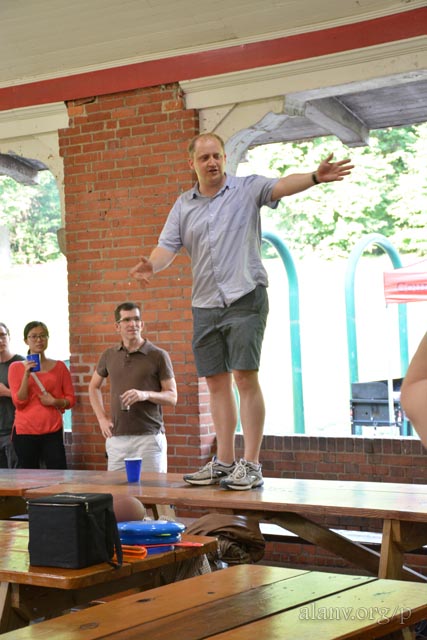 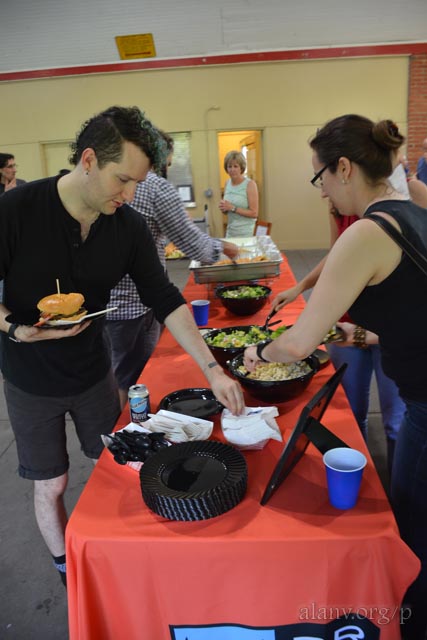 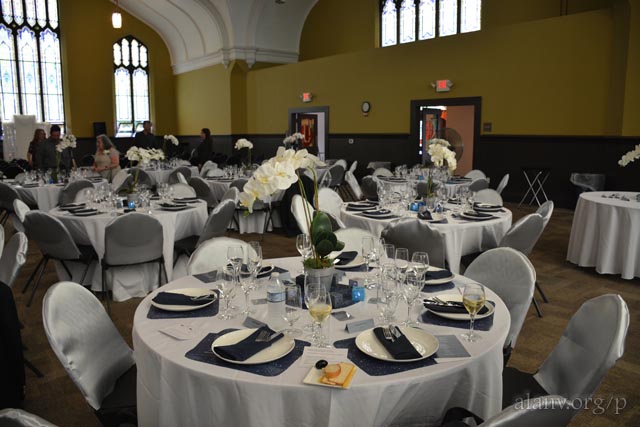 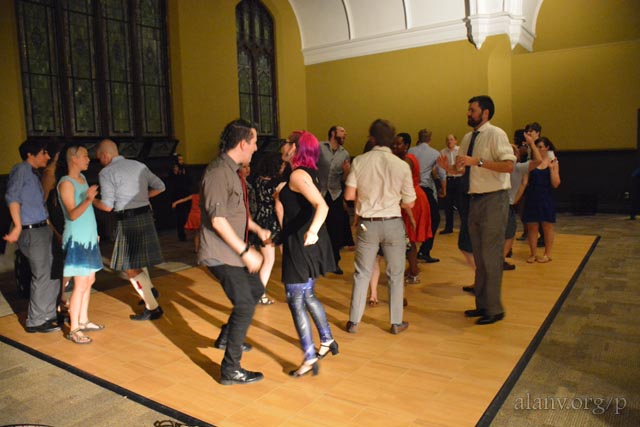 Last weekend Owen was in town, as the first leg on a general east coast visit. There were board games and a bit of hiking in Hartwood Acres. 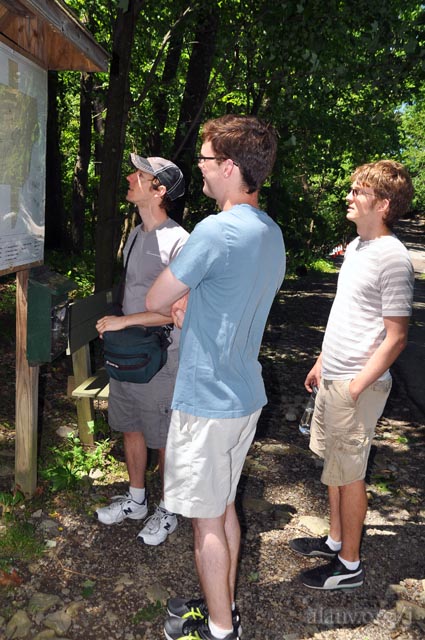 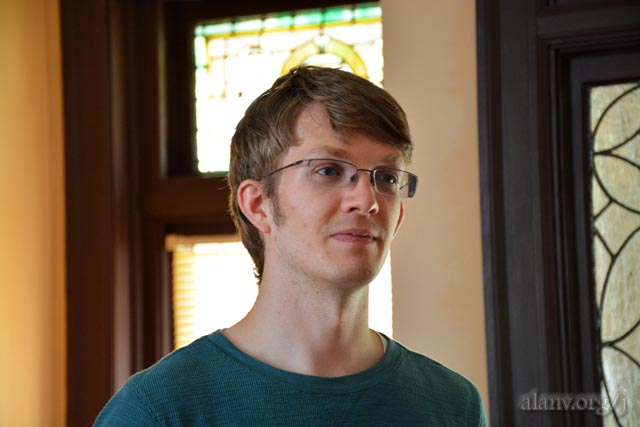 This past weekend Sharon was in town, and we met up with a bunch of her undergrad friends and had a Rock Band session. Also I hosted board games. 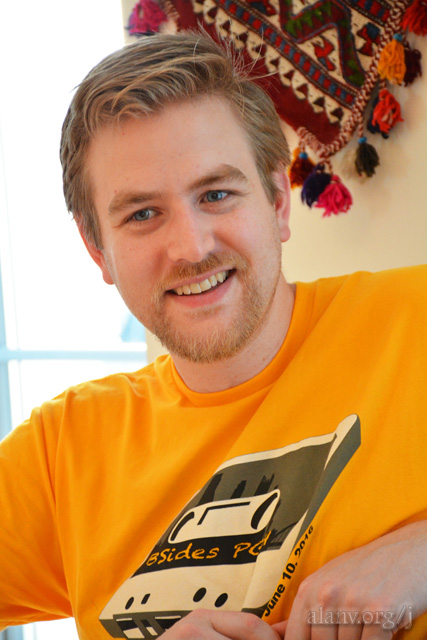 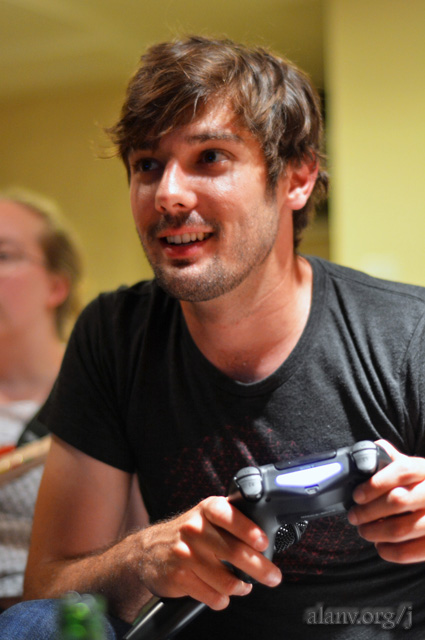 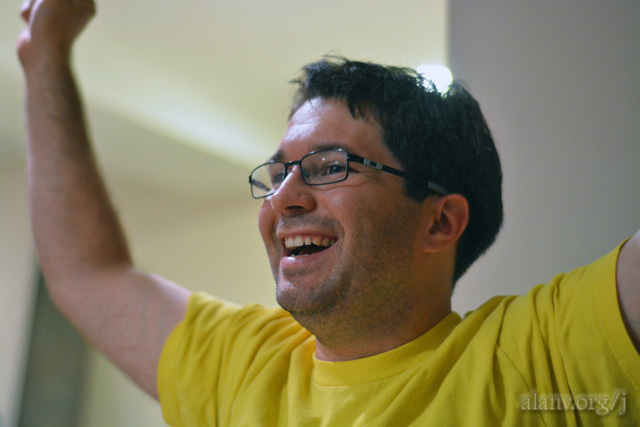 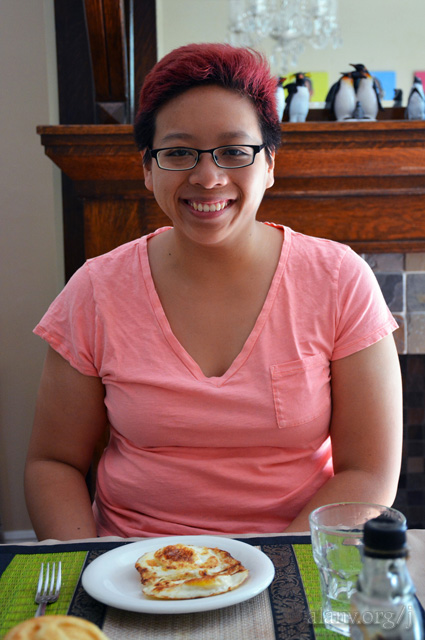 My parents fly into town tomorrow as the first part of their ~1.5 week east coast visit. I’m heading to Philly with them for a couple of days before they do some travel on their own.

This follows a crazy May where every weekend had *something* happening as well. July is, thus far, a little less crazy. But it’s shaping up to be a really busy summer… somehow we manage to find time to do housework, but not nearly as much as we need to be doing this summer.

It’s May, so life’s photojournal and stats have been updated. Surprisingly few photos this time around (averaging about 1000 a month). Also the Costa Rica trip accounts for around 1/5 of the total photos, but even then, clocks in under 900 photos. I guess I’m getting better at editing down what photos to save? (Certainly doesn’t feel like I’m taking any fewer photos than usual.)

I’ve been reading quite a few articles lately on the interwebs about income, savings, and general money things in the US. Here’s a few interesting articles, presented without comment for now, mostly because I’m not really sure how to consolidate my thoughts and opinions on financial situations and things right now.

Unrelated to anything, here’s my XKCD garden. It has a Neko Atsume cat in it, hiding behind the bush in the middle.

Chloe and Brent came over for dinner today, and Chloe asked me how life was, and I really couldn’t think of anything bad in my life right now. Sure, I might want to quit my job and just relax or travel forever (not because of work, but because not-work is always a more attractive opinion), but realistically, everything in life is going well, and I don’t have any complaints about any situation (home or work) right now. I think I’m just incredibly fortunate in many ways in life.

So yay for life and things, at least?