Life goes. I’ve been purposely avoiding news and related things because I would like to not know how much of a shitshow this administration is becoming. (Although, from what I’ve heard anyway, it’s already quite a disorganized mess. So we’ll see.)

To do a (very small) part to combat the havoc this administration will wreak on the environment, we switched our house over to 100% renewable energy. It turns out it’s super easy to do… just go to http://www.papowerswitch.com, enter your ZIP code, and choose an option that fits your needs. We’re paying a bit more than normal because we wanted 100% PA-generated renewable energy (as opposed to renewables sourced from arbitrary locations), but it looks like you could actually see a discount in your bill by switching to renewable. So win/win for everyone!

We also went and packaged meals for 2 hours last Saturday with Stop Hunger Now. I don’t know what I was expecting (maybe pulling turkeys and cans out of boxes and repackaging them), but it definitely wasn’t standing in front of a funnel with 5 other people, filling bags with vitamin packets while others poured scoops of rice, dehydrated veggies, and textured soy flour into the bag. Apparently a bag feeds 6 people and contains all the necessary nutrients (thanks partially to the vitamins), and it’s probably a heck of a lot more shelf-stable than more varied foods, so that’s good? 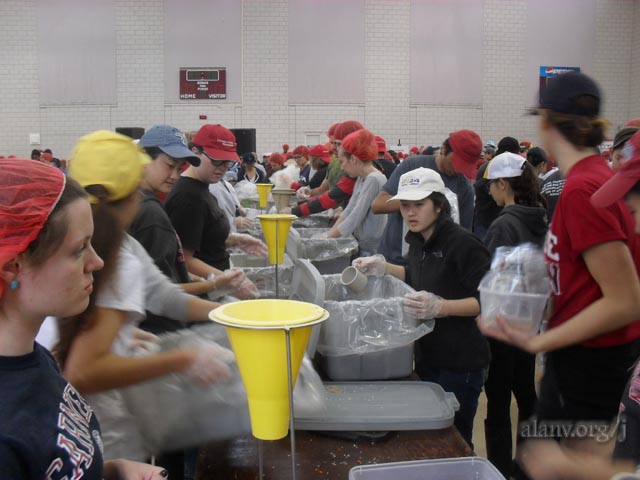 Also on Saturday, we saw Arrival after a failed attempt at short films for the Three Rivers Film Festival (which was sold out by the time we got there). I thought it was actually a really good film… was scientifically (and linguistically) accurate, and managed to not over-emphasize the military or conflict portions of the plot. Given it was a big film, I was expecting them to have escalated the conflict more, or otherwise focus less on the linguist… but they actually did everything really well, and never took away from her and her role in the film. So yeah… really good, and would see again.

We’ve been playing a lot of board games recently, between the usual Thursday board games, hosting board games over here, and having games at Pat’s for his birthday. The recent favorites are Above and Below, which is a really fun worker placement-ish game, and Codenames Pictures, which is like Codenames but with Dixit-crazy images (kangarooasaurus!) of awesomeness. Game photos for the month are up at photos.

I also splurged on some World of Warcraft cards. I’ve been looking for a new defunct TCG to get into, and WoW had base set starter boxes (6 decks, each containing a 30-card deck and 2 boosters) at $15 each, so I got a case of them (it was cheaper than even just buying booster packs), as well as a few boxes of Death Knight and a box of Drums of War.
I actually had some fun luck with decks… the first 8 base set starter decks I opened had different decks (8 of the 9 possible ones). Of course, then it took an entire box (6 decks) to get the last one I needed. After opening 4 boxes of starters, I have at least two copies of each deck. But I also have four copies of the Paladin and Druid decks, so decks (even within a single case) seem to not necessarily be distributed evenly. (One box of 6 decks had two Paladin decks in it.)
Slowly going through packs and decks (two more base set boxes to go), but I should have a good collection to build decks now, much like my .hack//ENEMY collection. Hopefully I’ll be able to find someone to play with me… Max is starting to get back into Magic, which is very similar, and we had a quick evening of card games, so hopefully this will continue.

Also continuing work on the next People Wars expansion. Still haven’t reworked the Facet icon, but cards are coming, slowly.

Hope everyone has a nice Thanksgiving!